Wow! It's been an exciting day for us at McGuinness Photography! Our photography has been featured in two fall themed blog posts!

Jack and Ella Designs wrote a lovely post that used "The Falling of Leaves" by Yeats with our photos!

Rob's Bennington photo was featured on the By Hand Gallery, via 1000 markets, curated by Shelley MacDonald.

Winding down in the garden 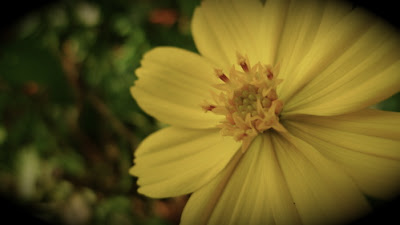 Today I finished planting the rest of my spring bulbs. I began two weeks ago with the help of my husband planting 100 daffodils, 75 crocuses, and 50 grape hyacinths. Since then I also acquired some alliums, windflowers and Dutch irises. We had a rapid cold snap this past week and I regretted not getting everything in the ground at once. But today it appears that Indian Summer has arrived late, but finally, in Connecticut, so I embraced the warmer weather and feverishly dug several beds for next spring.
This was my first year I had my own garden that was not on borrowed land. I ended up acquiring too many plants and had to relocate several as the tree leaves grew in and full sun areas turned into partial shade. As a result, some plants didn't make it.
It was one of the rainier summers we've had in a long time, so slugs seemed to multiply effortlessly overnight in the garden; destroying with them several dahlias, petunias and other delicacies. (I learned that wax begonias do surprisingly well when confronted with massive slugs.)
The tomatoes were a disappointment, and to say that I got five tomatoes is generous. This year they were grown in pots against the shed. I'm toying with a permanent location for a vegetable garden next year, which will either end up by the driveway or behind the house, whichever seems to get the most sunlight.
I planted my first tree, which I felt was important and symbolic. I also learned, a little too late in the season, the importance of good foundation shrubs on the borders of the garden.
It was a year of firsts for me, and several times I was reminded of the The Secret Garden, the book I cherished as a child. I'm looking forward to the plants that return next spring.
Posted by Frau Zinnie at 5:17 PM 2 comments: 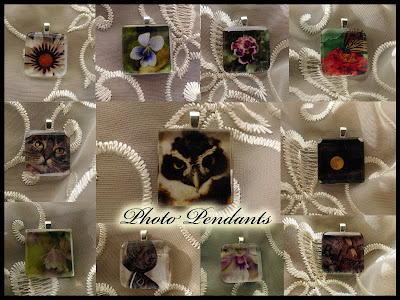 I finally created a listing for photo pendants over at the etsy shop. The above shows samples that I've already created, but I can make a photo pendant from any image in my shop.
Posted by Frau Zinnie at 6:03 PM 1 comment:

I think bunnies are taking over the blog... 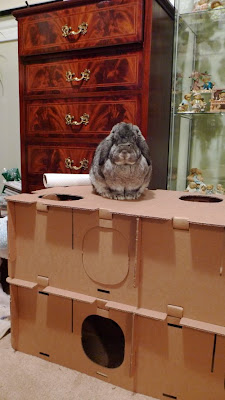 Lola: "I enjoy being tall."
Who doesn't? :)
We are very happy at the house of bunnies... Molly is continuing to improve daily and was taken off one of her three medications today. She has a healthy appetite for hay, pellets, basil, parsley, romaine lettuce and dandelions! Thank you to everyone for your continued support and well wishes!
Posted by Frau Zinnie at 9:10 PM 4 comments:

I'm so happy to share that Molly appears to be on the path of recovery! She has begin to show interest in hay, pellets and running around again!

Thank you everyone for the healing wishes!
Posted by Frau Zinnie at 10:01 PM 2 comments:

Back at the vets

Today Molly started to refuse veggies and poop less so I brought her in. She needs another pain med, a dosage increase on her original pain med, and now she is down to 2.5 pounds (she was 3.5 when she was spayed in August). And I've been told to move her house away from Lola since Lola's aggression may be contributing to stress. (They've never played together and have always been seperated by a gate but Lola seems insanly jealous of Molly.)

Frau Zinnie
Hi! I'm Jen, a.k.a Frau Zinnie (Mrs. Zinnia). I'm a huge proponent of organic gardening methods and I focus on growing ornamental and edible plants in my own garden. To learn more about me, click on the "About Jen & This Blog" link in the navigation menu. Join me as I share my gardening experiences, as well as report on events and interview gardening experts.

Where to find my photography 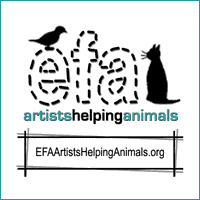